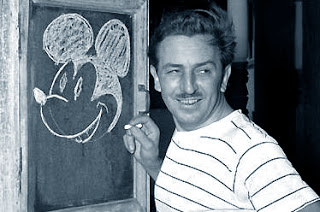 2) Alice Film Poster
Unfortunately for Disney the distributors of the Alice films, Pictorial Clubs Distribution firm, went bankrupt and took Laugh-O-Gram Studio's with it. However, Alice's Wonderland, the final reel made before shutdown secured a deal with Felix the Cat's distributor Margaret Winkler, wife of Charles Mintz. Walt relocated his team and started again in Hollywood. By 1927, the Alice series had run it's course and a new series was created starring Oswald the Lucky Rabbit. Universal Pictures owned the character, Mintz was the producer and Disney the ran the production house. The series was a hit, the team grew and the animation got better and better. In February 1928 Disney went to meet Mintz in New York to negotiate better salaries for his studio and team. Mintz replied that Disney would take a cut in pay, or his top animators would work directly for Mintz producing Oswald's adventures. This turned out to be true, aside from a handful of animators, the majority had agreed to the deal in secret. 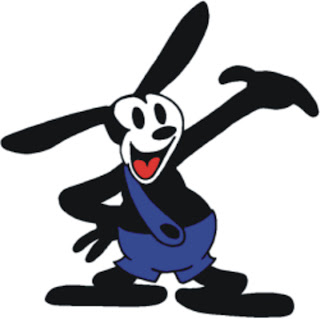 3) Oswald the Lucky Rabbit
Disney took the handful of animators loyal to him and decided to create a new character. Where he had lost a rabbit, he gained a mouse. It is rumoured that his wife Lillian named him Mickey instead of Mortimer and that Disney created him on the train home from Mint'z office. Mickey was quickly implemented, staring in Plane Crazy and Gallopin' Gaucho both made in 1928 but without the backing of a major distributor. What finally made the difference was sound. Although he was not the first make an animated feature with sound, he was the first to animate an entire one-reel cartoon story fully sound synchronized.... Steamboat Willie (1928). "With Steamboat Willie (1928), Disney, in the face of increased competition from the technically adept Fleischer Studio, created the first fully-synchronized sound cartoon, simultaneously introducing animation's first cartoon superstar, Mickey Mouse." (Wells. 2006:89).
This was the start of 'the Golden Era' of animation. As Mickey's popularity increased, new characters were created. Donald Duck, Goofy, Minnie Mouse and Mickey's dog Pluto evolved from other short films and gained popularity in their own right. Disney's ambitions extended further than animated shorts. Within ten years of Steamboat Willie, he made Snow White and the Seven Dwarfs (1937), the first fully synchronized, full length cartoon feature. To depict realistic movements of the human characters, Walt helped to pioneer the technique of Rotoscoping. This involved the animators tracing live action footage to contrast the cartoony features of the animals and Dwarfs. 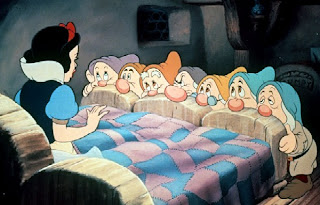 4) Snow White and the Seven Dwarfs
Snow White was an overwhelming success and a landmark in the history of animation and film. Disney's team's expanded. Divided into groups of two, some continued making the animated shorts Silly Symphonies while the rest were charged with creating new features including Pinnochio (1941). Mickey's popularity was beginning to stutter with audiences actually preferring his side kick Donald Duck. In a bid to rejuvenate his popularity, Disney began to work on the Sorcerer's Apprentice, casting Mickey as the hapless apprentice. Disney initially intended it to be a short on the Silly Symphonies series until Orchestral composer Leopold Stokowski persuaded him to make it a full length feature. The idea grew into Fantasia (1940), consisting of eight animated segments (including the Sorcerer's Apprentice), all set to pieces of classical music, featuring; Pyotr Ilyich Tchaikovsky's Nutcracker Suite where the four seasons are depicted by dancing fairies, fish, flowers and leaves; and Modest Mussorgsky's Night on Bald Mountain, a darker segment featuring a devil summoning spirits atop a mountain. 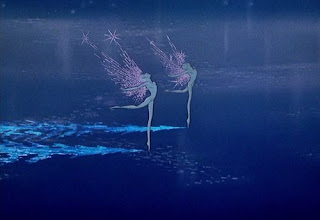 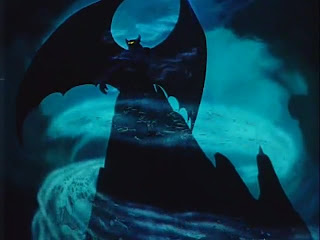 6) Night on Bald Mountain
Fantasia opened to mixed critical reviews and failed to generate a large commercial audience but has since been rated as a top thirty highest grossing films of all time when adjusted for inflation. This success led to a sequel in in 1999 called Fantasia 2000. As before, it featured seven new animated segments set to classical music conducted by James Levine along with a remastered version of the Sorcerer's Apprentice. Like Fantasia, the sequel had mixed reactions with critics, however it does have hints of Disney's style and magic. Stand out segments include Ottorino Respighi's Pines of Rome featuring  a family of humpback whales with the ability to fly, and Dmitri Shostakovich's Piano Concerto No. 2 based on Hans Christian Andersen's The Steadfast Tin Soldier which finds a toy soldier struggling to save a toy ballerina from an evil Jack in the box. ".... the music seems more background than integral to any concept. This is not to say that ''Fantasia/2000'' is devoid of dazzling moments. But despite its science fiction title, the movie is really a compendium of familiar Disney attitudes and styles, one that looks to the past more than to the future." (Holden. 1999) 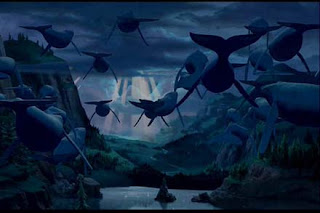 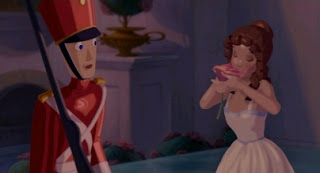 8) The Steadfast Tin Soldier
Walt Disney died in 1966 leaving behind a legacy in the form of Disney Land resorts and his animation studios. His pioneering personality ensured cel and drawn animation techniques would go down in the history of world cinema. Disney set himself apart from other experimentalists in animation of the time. Inspired by pioneering companies such as Kellog's and Ford he passionately strived to deliver his product to mass audiences. "... Disney represented someone who saw the power and possibility of animation as a mass-media player and who worked progressively towards this dream." (Selby. 2009:13)
Bibliography
Beck, Jerry (2004). Animation Art From Pencil to pixel, the histroy of Cartoon, Anime and CGI. London, Flame Tree Publishing.
Holden, Stephen December 1999 New York Times Review of Fantasia 2000 Accessed 21/03/11
http://movies.nytimes.com/movie/review?res=9802E0D81538F932A05751C1A96F958260&scp=3&sq=Fantasia&st=cse&pagewanted=print
Selby, Andrew (2009). Animation in Process. London, Laurence King Publishing Ltd.
Wells, Paul (2006). The Fundamentals of Animation. Switzerland, AVA Publishing.
Illustrations
1) Walt Disney http://pubvo.com/wp-content/uploads/2011/01/mickey-mouse.jpg Accessed 21/03/11
2) Alice's Spooky Adventures http://ia.media-imdb.com/images/M/MV5BMTQyOTg2ODQ1MV5BMl5BanBnXkFtZTYwNzczMzk5._V1_.jpg
3) Oswald the Lucky Rabbit http://bulk.destructoid.com/ul/user/2/29336-159693-Oswald1gif-620x.jpg
4) Snow White and the Seven Dwarfs http://www.collider.com/uploads/imageGallery/Top_Ten_Animated_Films/snow_white_and_the_seven_dwarfs_movie_image_1.jpg
5) Nutcracker Suite http://outtheother.typepad.com/.a/6a00d83451aecf69e20120a75d83f4970b-500wi&imgrefurl
6) Night on a Bald Mountain http://trueclassics.files.wordpress.com/2010/08/night-on-bald-mountain-fantasis.jpg
7) Pines of Rome http://dvdmedia.ign.com/media/reviews/image/fantasia/fantasia2k_1.jpg
8) The Steadfast Tin Soldier http://www.biabianca.de/couplepages/BallerinaSoldier/soldier2.jpg
Posted by Paul Lavey at 05:00