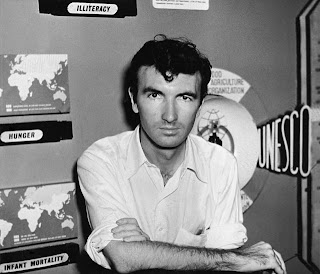 1) Norman McLaren
Norman McLaren was a Scottish born, multi award winning Canadian animator. He attended the Glasgow School of Art where he drew inspiration from the films of Fischinger, Cohl and Eisenstein. He was fascinated with motion and realized the potential of film as art form. "I found painting and drawing not satisfying because they didn't have motion and movement in them. I saw film as a means of manipulating motion." (McLaren quote, Beck. 2004:102) After winning a prize at the Glasgow Amateur film festival, McLaren took a position with Britain's General Post Office Film Unit.
His first assignment was to film the Spanish Civil War, he then returned to London to animate two films. Many a Pickle (1938) explored the pixilation technique whereas Love on the Wing (1938) was made by drawing directly on to film. He then emigrated to America and continued to animate short films and joined the National Film Board of Canada in 1941.
In 1949, McLaren created one of his greatest films, Begone Dull Care, an abstract film with bursts of colour and shapes which multiply and recede to a composition by jazz composer Oscar Peterson. This film established McLaren as an 'alternative method' animator. Alternative in terms of industrial production such as stop motion and the established "Disney" style. Begone Dull Care demonstrated McLaren's ability to use music and sound to enhance his visual style. Andrew Selby explains "...McLaren used the medium (animation) as a way of expressing ideas through sound and image and questioning the conventions surrounding two-dimensional sequential work in the process." "...Mclaren was an accomplished filmmaker but also hugely invested in the influence of music and sound." (Selby. 2009:13). 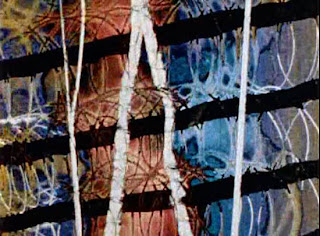 2) Still from Begone Dull Care
In 1953, McLaren returned to Pixilation, making his most famous film Neighbours. It tells the story of warring neighbours fighting over a flower sprouted on their borders a metaphor for his antiwar feelings. He continued to explore the connection between visual imagery and sound, making Horizontal Lines in 1962 in which a horizontal line bounces up and down the screen, splitting into multiple lines on musical cues. 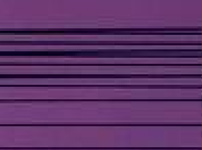 3) Still from Horizontal Lines
McLaren continued making films using a variety of techniques until his death in 1987. What many consider to be his masterpiece, Pas De Deux, was made in 1967 and choreographs movements of dancers from Les Grands Ballet Canadiens. He filmed the dancers on a dark stage, back lighting them to highlight their form and optically treated their movements to create a visually stunning picture. Paul Wells explains "His experimental approach was informed not merely by the intention of exploring aesthetic and technical possibilities, but by focusing on a research question to analyse and resolve in the outcome of the work. Here, to create an optical effect that revealed the lyrical phases of dance motion as if it were a visible frame-by-frame continuity in animation."  (Wells. 2006:13). 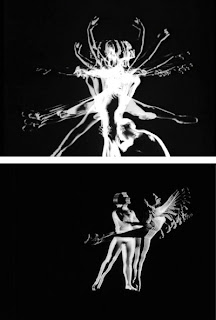