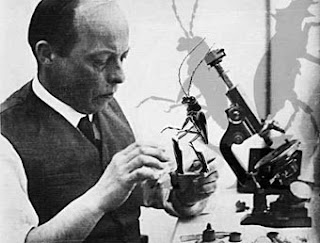 1) Ladislaw Starewicz
Born in Moscow, Russia to Polish parents, Ladislaw Starewicz started his career making documentaries for an ethnographic museum including an animated reconstruction of Stag Beetles nocturnal mating rituals called Battle of the Stag-Beetles (1910). For this feature he used preserved specimens and wax to animate their limbs frame by frame. He would later develop a standard method of making puppets using wooden frames, wire, cork and plaster. One of his early masterpieces, The Cameraman's revenge (1912), a comedy that tells the expressive love affair between Mr and Mrs Beetle. 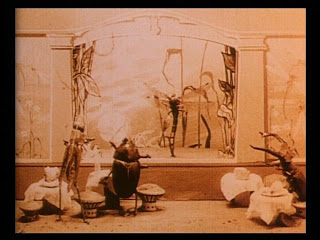 2) The Camerman's revenge
The history of stop motion animation has derived from two distinct paths. Starewizc was at the forefront of the European initiative. "...European artists' films, typified by the work of Jiri Trnka and Ladislaw Starewicz, and creative programming for children's television, exemplified by Aardman's The Amazing Adventures of Morph (1981)." (Selby. 2009:100). Whereas Hollywood, America used it to create maximum impact on their audience special-effects films. Likewise Starewicz's animal characters were a complete contradiction to America's quirky, loveable animal characters such as Mickey Mouse and Bug's Bunny. "Starewicz's work corresponds to the darker, amoral universe of the European fairy tale, and uses animals as highly conscious, dramatic characters, often with complex motives, again a far cry from the use of animals in the American cartoon tradition." (Wells. 2006:100). Fleeing to France in 1919 following the Russian Revolution, Starewicz's career flourished in the silent era with poetic films such as The Voice of the Nightingale (1923) and Reynard the Fox (1930). 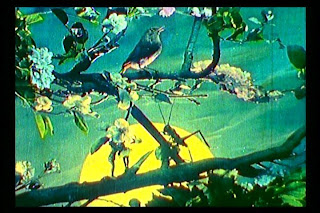 3) Voice of the Nightingale
Starewicz made the transition to sound with his film The Mascot (1933). The story revolves around a stuffed dog who sneaks out to get his sick mistress an orange. Along the way he encounters a range of characterful individuals including fish skeletons and other creatures made from litter and the devil himself. The range of emotions in the puppets is remarkable for it's time and enhanced by the addition of musical sounds for sound effects. 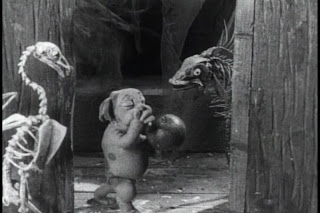 4) The Mascot
Starewizc continued to make films for the remainder of his life in collaboration with his daughter Irene, dying during the making of his last film, Like Dog and Cat (1965). His later films unfortunately failed to replicate the magic of his silent and early sound features. However, his pioneering work progressed stop motion animation on both sides of the Atlantic, inspiring the works of other greats such as Ray Harryhausen. "He holds a place in puppet animation comparable to Winsor McCay's place in drawn animation. With his early films, he essentially established the art of stop-motion animation, taking it beyond the realm of the early French trickfilms." (Beck. 2004:84).
Bibliography
Beck, Jerry (2004). Animation Art From Pencil to pixel, the histroy of Cartoon, Anime and CGI. London, Flame Tree Publishing.
Selby, Andrew (2009). Animation in Process. London, Laurence King Publishing Ltd.
Wells, Paul (2006). The Fundamentals of Animation. Switzerland, AVA Publishing.
Illustrations
1) Ladislaw Starewicz Picture http://1.bp.blogspot.com/_cujVYJR9OM8/S_YvuDmY6jI/AAAAAAAAAEQ/-Y4t9EHmpj0/s1600/ladislaw.jpg Accessed 21/03/11
2) The Cameraman's Revenge http://img.listal.com/image/893426/936full-the-cameraman%27s-revenge-poster.jpg Accessed 21/03/11
3) Voice of the Nightingale http://media.kickstatic.com/kickapps/images/66470/photos/PHOTO_9454518_66470_18660554_main.jpgAccessed 21/03/11
4) The Mascot http://media.kickstatic.com/kickapps/images/66470/photos/PHOTO_9454514_66470_18660554_main.jpgAccessed 21/03/11
Posted by Paul Lavey at 07:28