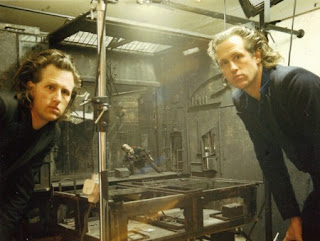 1) Stephen and Timothy Quay
Twin borther's Stephen and Timothy Quay initially studied illustration at the Philadelphia College of Art before moving to London to take a course at the Royal College of Art (RCA).  They began experimenting with animation, creating their first short Nocturna Artificilia (1979). Shortly after Nocturna they established their studio Koninck with their friend and collaborator Keith Griffiths who they met at the RCA. Nocturna Artificilia depicts a man staring from a window, mesmerized by a trolley car passing through a city at night. He is then seen back in his room, abruptly woken falling from his chair. The film would become a blueprint of subsequent films: sets dominated by darkness; bizarre, unexplained nightmarish happenings all filmed with odd camera angles. 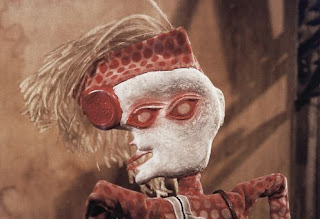 2) Nocturna Artificilia
The Quays work is heavily influenced by Eastern European Cinema, rekindling the Gothic screenplays of the 1930's,  particularly the work of Jan Svankmajer. Holding Svankmajer in high regard they paid homage to him with a documentary The Cabinet of Jan Svankmajer - Prague's Alchemist of Film (1984). They went onto to produce perhaps their most famous work Street of Crocodiles (1986) based on a story by Bruno Schulz and financed by the British Film Institute (BFI). It follows an elderly museum watchman who's saliva drops on a kinescope machine, bringing it to life and in turn a puppet that severs its strings and investigates the Street of Crocodiles. The puppet explores gothic rooms through eerie doors leading to a sweatshop where he is taken apart, redesigned and reclothed. "The world invented by the Quay brothers for Crocodiles was the colour of an old photograph; sepia, dirty, dark yellow, and brown. It seemed as if it was a locked room or glass cabinet that nobody had opened for years - dusty and cobwebby, almost a mystical land." (Beck. 2004:285). 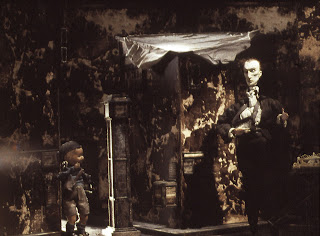 3) Street of Crocodiles
The twins' miniature sets and backgrounds are as carefully considered as the characters they portray. "We ask our machines and objects to act as much if not more than the puppets." (Faber / Walters. 2004:76). The skills they acquired in building miniature scenes were transferred to designing theater and opera sets for which they were nominated for a Tony Award. On the lighter side they broadened their skills to music videos and pop promo's, most notably animating objects in Peter Gabriel's Sledgehammer video in 1986 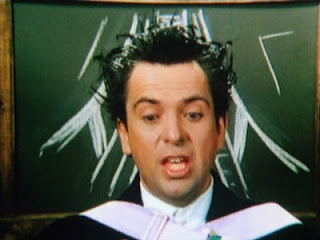 4) Peter Gabriel - Sledgehammer
The brothers moved into live-action, feature length film Directing The Institute Benjamenta (1995) before returning to animation with the award winning In Absentia (2000). The film takes the viewer inside the mind of a patient in an asylum who compulsively writes letters to her absent husband. Collaborating with avant-garde composer Karlheinz Stockhausen, the brothers attempted to capture the essence psychosis through hazy, diffused light and it's reflections on surfaces. "This is brilliantly achieved, creating one of their most unusual and singularly disturbing films not through any conventional imagery, but through the lighting and the subliminal tension evoked through tensed blackened graphite-dusted fingers gripping pencils and hands grasping at the woman’s neck. It’s assisted considerably in this respect by the almost demonic soundscape created by Stockhausen." (Megahey. 2006). 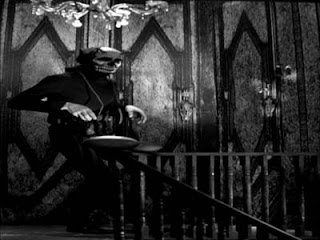