@ Alan: I've posted a question on the group blog but i'll repeat it here. I can preview render the luminance depth pass ok, but when I batch render the entire sequence I only get black screenshots. Can you help?

Here is a review of where I am so far. I have been cracking on with the cross over scene from live footage to CG:

Here is a screen capture of the final frame of live footage: 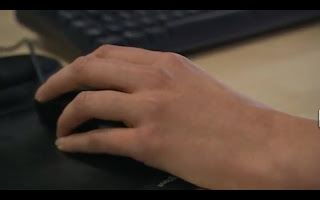 Here is the first frame of the CG takeover: 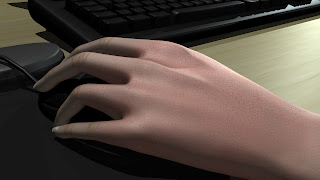 And here it is again with a luminance depth pass controlling the depth of field: 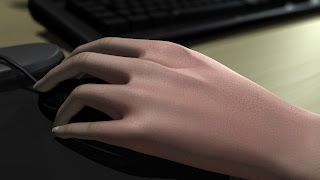 Here is a another example but a few frames down the line: 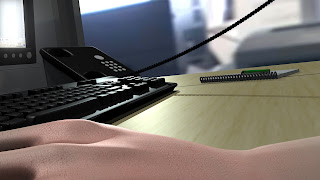 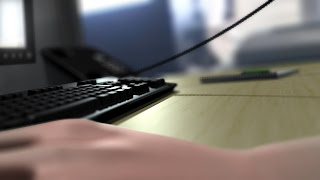 So this is beauty pass sequence WITH OUT the luminance depth pass, hopefully I will be able to fix the batch render problem asap:

It's been a busy summer moving house and catching up with friends and family back home. Uni work wise, I've eased back into things after a week or so off by catching up with tutorials and other work I missed out at the end of the academic year. I've also been brainstorming ideas regarding my minor and major projects for year three, (more on that later). Plus I will be starting on my dissertation in the coming days. A little late compared to some but I'm confident about my subject and the research I did for the framing practice unit.

I've also had time to reflect on my transcription project and absorb the feedback from Alan and Phil after hand in. I've realized that in order to make "Grandad's Story" the best it can be, I need to address minor issues with the first act before I move on to complete it. Hopefully with the help and advice from my course mates and tutors this will be achieved. For now it is on the back burner but not forgotten.

The rest of my time I've spent revisiting the commission project from year one. I've looked at the piece I handed in and gone over the research that went into making it. I've identified what I think needs to be changed but I welcome feedback from everyone else too. Here is the final piece which I'm treating as an animatic for its newest incarnation:

I'm still really pleased with the live footage shot by my friend Pete Latham. This won't be changed. However he may return to the project to help redo the voice over work. Speaking to him over summer I discovered he has a lot of voice over experience and access to professional equipment. Although the voice over work in the above version was done for free, I feel it doesn't match the emotional highs and lows inherent with  the narrative. Before I forget I'd also like to mention course friend Kayleigh, who I forgot to thank for her help recording the voices for the 2D animatic. Thanks Kayleigh. (Sorry it's late).

One of my issues with this piece is the cross over from live footage to CG. The project duration was set at five weeks and to meet the deadline I feel I cut a corner. So... I have been building a digital set to make this transition smoother. Here are some progress shots with comparisons pictures of the live footage: 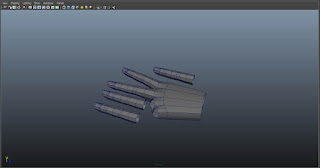 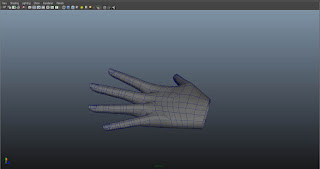 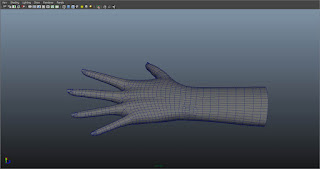 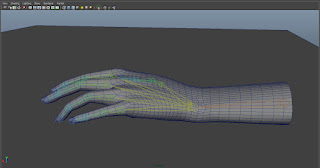 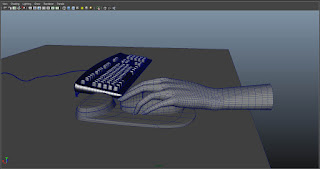 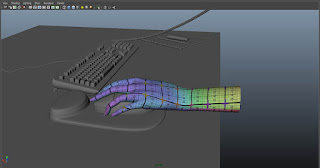 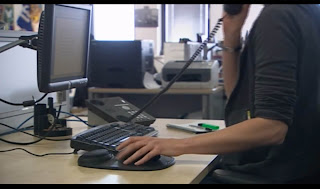 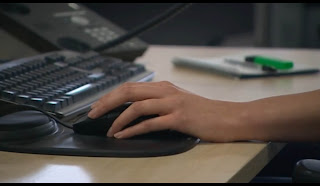 I still have a few more bits to model but, the hand is rigged, UV mapped and the weights painted. The next stages for this particular scene will be texturing, lighting and then rendering. As the camera will be shrinking on it's journey down into the hair follicle, I will be looking into creating dust via Maya's particle system and After effects. I will also be putting into practice everything I have learnt with regards to depth of field over the past two years. I hope this will sell the realism of the piece before I delve into the next scenes.

I want to improve on the visuals as the camera travels through the epidermis and dermis layers of the skin before reaching the bloodstream. I will also redesign most of the cells that feature in the story, from the white blood cells to the dreaded HIV cell. Hopefully this will bring the consistency to the same level as the red blood cells.

That's all for now. Got lots to be getting on with!
Posted by Paul Lavey at 10:28 No comments: 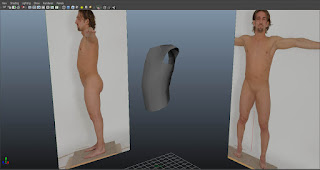 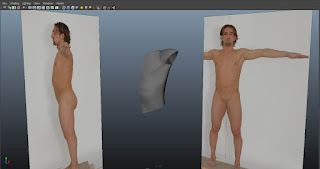 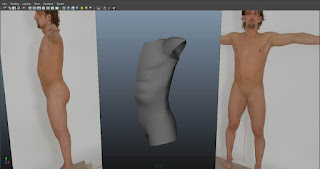 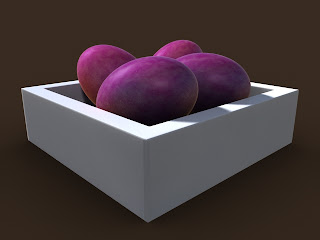 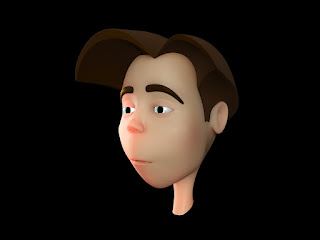 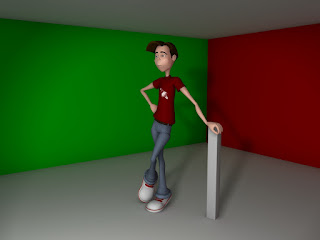 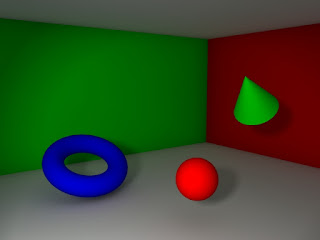 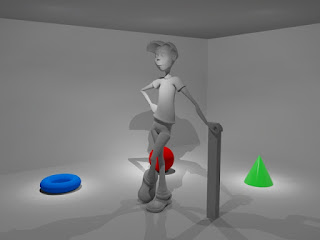 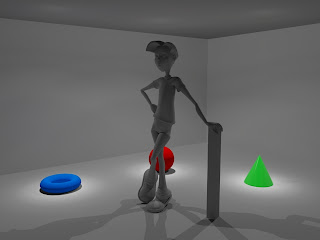 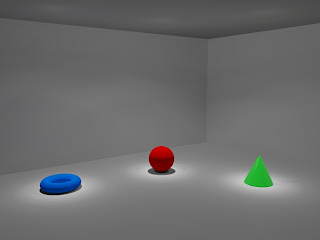 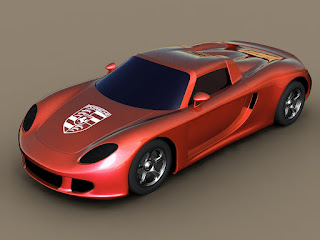 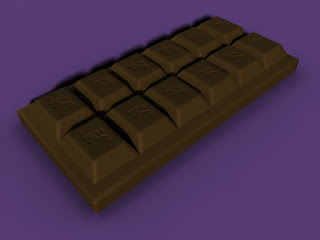 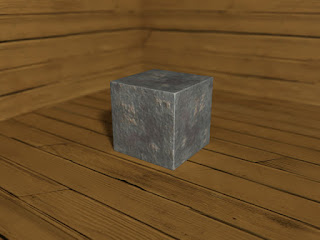 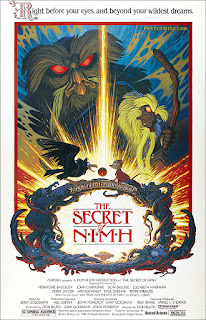 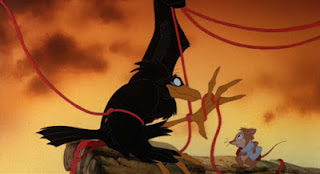 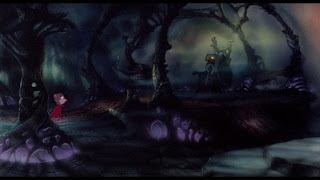 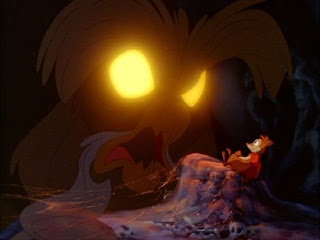