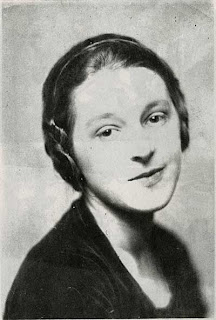 1) Lotte Reiniger
Lotte Reiniger was an avant-garde animator and film director. Born in  Berlin, Germany in 189﻿9, she began as a theater student at Max Reinhardt's school in Berlin. She created a title sequence for expressionist director Paul Wegener's Die Rattefarger von Hamelin (The Pied Piper of Hamlin) in 1917.
Reiniger had a huge passion for Chinese shadow theater and used this technique on her short films 'Das Ornament des Veliebten Herzens' ('The Ornament of the Lovestruck Heart') and 'Cinderella' in 1922. Adapting fairy tales for the shadow medium became a huge part of her career. 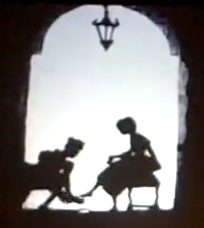 2) Cinderella, 1922
"Lotte Reiniger's creativity and imagination found expression through the exacting details of finely cut paper, and moved frame by frame."
"She had an astonishing facility with cutting - holding the scissors still in her right hand, and manipulating the paper with her left hand so that the cut always went in the right direction." (Beck, 2004:26). 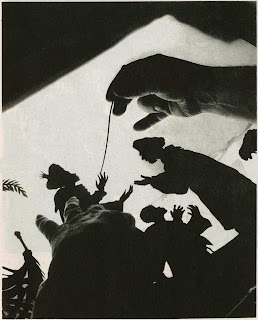 3) Technique
Reiniger preceded Disney helping to pioneer and devise the first multi plane camera. In 1923, with her husband Karl Koch, she started work on her (and arguably the worlds) first feature-length animated film. Eventually released in 1926 due to distribution problems, Die Abenteuer des Prinzen Achmed ( The Adventures of Prince Achmed) became a critical and popular success, premiering at the Cannes film festival. Reiniger added depth to the end product by filming the figures through shelves of glass. "....in her cut-out, silhouette animation - most particularly, her full length work, The Adventures of Prince Achmed (1926) - (Reiniger) successfully combined abstract work with a visual narrative more accessible to wider audiences. (Wells, 2006:146). 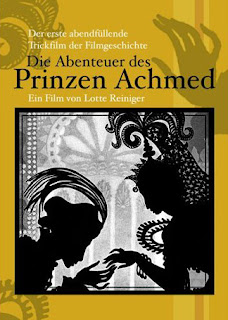 4) The Adventures of Prince Achmed cover
Reiniger and Koch emigrated to London with the rise of the Nazi party but continued to adapt fairy tales for the shadow medium with the added beauty of colour and music. In her later life she would concentrate her energy on presenting lectures and workshops on shadow animations.
Bibliography
Beck, Jerry (2004). Animation Art From Pencil to pixel, the histroy of Cartoon, Anime and CGI. London, Flame Tree Publishing.
Wells, Paul (2006). The Fudamentals of Animation. Switzerland, AVA Publishing.
Illustrations
1) Lotte Reiniger http://www.animationarchive.org/pics/achmedreiniger.jpg Accessed 20/03/11
2) Cinderella http://2.bp.blogspot.com/_iSwCsgcQqEM/S1IFwytueSI/AAAAAAAAAQ8/8KoGYSJGGIg/s320/cinderella+5.png Accessed 20/03/11
3) Technique http://blog-imgs-27-origin.fc2.com/c/h/i/chicaorixas/achmed2teaser-big.jpg Accessed 20/03/11
4) The Adventures of Prince Achmed http://www.garoo9.com/elevator-kart/EK_files/movies/cover_achmed.jpg Accessed 20/03/11
Posted by Paul Lavey at 18:35