0 - 7 secs
Distribution company logo
7 - 20secs
Establishes the setting and environment of the film, Los Angeles, 2019. Futuristic sky scrapers, flying cars, huge holographic advertisement billboards. Used to set the tone but are also big budget shots. We also get a glimpse of the protaganist.
20 - 27secs
Text: advertising Director Ridley Scott's original cut of his "futuristic adventure".
27 - 40secs
Establishes protagonist and possible love interest with strong references to 1950's noir films.
40 - 47secs
Compilation of various action shots. Short, sharp cuts.
47 - 51secs
Secondary characters with more references to 1950's noir. Traditional detective looking characters talking to the protagonist.
51 - 58secs
Establishes antagonist(s) engaging with protagonist. Again short, sharp cuts.
58 - 1min 14secs
Protagonist pursuing main antagonist interspersed with shots of the futuristic city.
1m 14s - 1min 18secs
Text: Establishes Harrison Ford as the star and the title of the film.
1m 18s - 1min 27secs
Confirmation of love interest with short, sharp cuts of love scenes with a saxophone for background music.
1m 27s - 1min 34secs
Text; Advertising Director, producers name of film and stars etc.
Summary:
Blade Runner was originally released in 1982 starring Harrison Ford as Rick Deckard. He is a "blade runner", a cop of sorts charged with hunting down four replicants, (genetically engineered cyborgs), who hijacked a ship and returned to Earth from which they are banished.
Blade Runner was and still is a visually stunning film and this translates into the trailer, with no dialogue or narration and packed full of environment establishing shots. Examining the trailer on it's own, you would say it's genre falls into futuristic-noir (classic detective story set in the future). Many scenes from the trailer pay homage to this, for example: 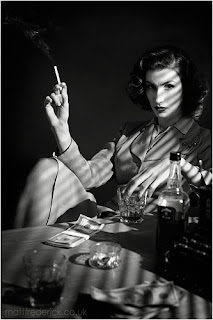 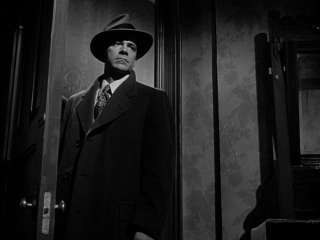 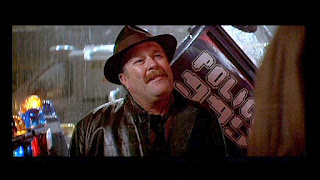 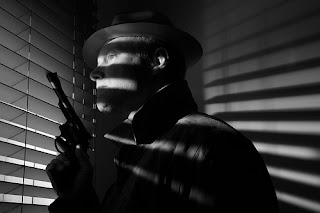 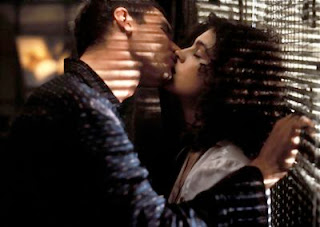 The trailer surprisingly reveals very little in terms of plot structure or storyline accept that it's hero is a cop and chasing people. Perhaps looking to ride off the success of other sci-fi adventure films such as "Star Wars", (Blade Runner released in-between The Empire Strikes Back and Return of Jedi) the trailer suggests it is a darker, more grown up film. The obvious link being Harrison Ford, at the time Hollywood's most in demand actor, his name advertised in bold red letters on a black background for a big chunk of the trailer.
Advertised as an adventure, the editing changes shift throughout the trailer. Short cuts of frenetic scenes give you glimpses of some of the action in the film. This contrasts to grand shots with a long time between cuts (long for an advert) establishing the futuristic environment and overall tone of the film.
Posted by Paul Lavey at 03:44