For this lesson we looked at the language of character design and how this translates into different archetypes. We learnt how certain, basic shapes help define a character and offer insight into their personality and role within a cartoon.

The basic shape and what they represent:


Mixing these shapes in character design can subliminally tell the audience a lot about the characters they are seeing. For example: 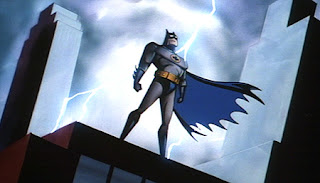 Mixing circles with squares represents strength but with a softer side, e.g. Obelix: 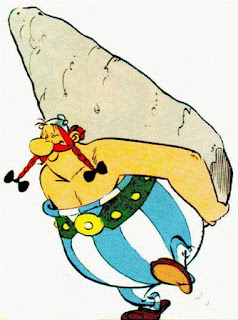 Combining circles with triangles can represent a soft / cute personality but with a hint of mystery or danger, e.g Stewie: 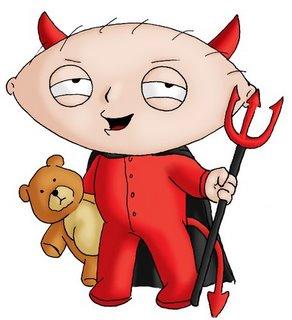 Our class assignment was to examine a randomly selected character and re-draw them, mixing up their basic shapes to change their persona. 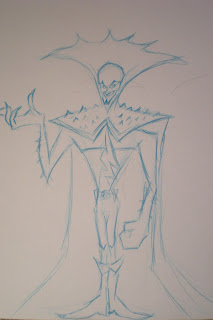 Having seen Megamind, I knew the character was the good guy playing the villain. His proportions were already exaggerated so I tried reversing them and put more emphasise on the triangles to make him more villainous.

A quick chat with Justin and I attempted it again, only using more square shapes and softer triangles to make him more of a hero cousin of Megamind: 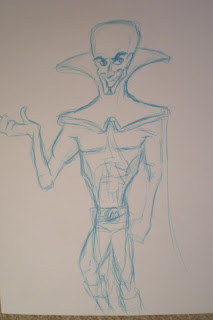 Using a different character, "Penfold" from "Dangermouse" I found it a little easier to choose the correct route. Originally full of circles and very cute, I made the shapes more triangular to make him a more evil. Who said Kim Jong-Il? 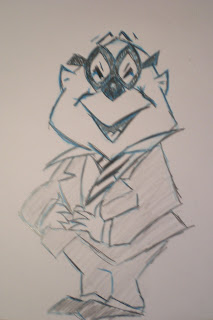