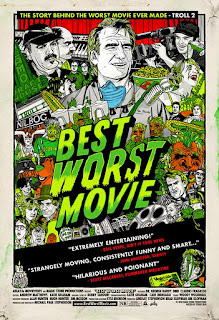 1) "Best Worst Movie" Poster
Plot Summary / Review:
Best Worst movie is a documentary about a film made in 1992 called "Troll 2". Made by Italian director Claudio Fragasso, "Troll 2" quickly became considered the worst film ever made. Written by Fragasso's wife Rosella Drudi, the film doesn't actually have any "troll's" in the feature. Instead, vegetarian goblins with sub-par prosthetics and visual effects, terrorize their victims; morphing them into trees. 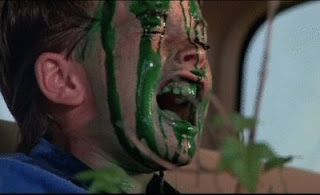 2) Young Michael Stephenson
Starring a group of inexperienced actors from suburban America, "Best Worst Movie" documents the effects starring in the movie had on their lives. Suffice to say, none of them pursued their acting careers. However, one of the young stars of "Troll 2" Michael Stephenson, steps behind the camera to direct this documentary. Stephenson and his co-stars give an honest account of their experience making the film. Although nothing came from the film initially, a clear bond between the actors is evident. Particularly between Stephenson and his co star George Hardy. 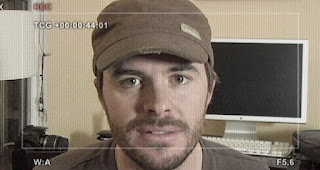 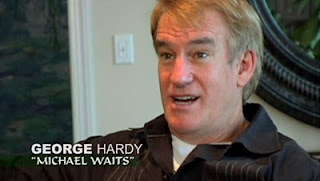 4) The nicest guy in America
It's through Hardy (possibly the nicest guy in America), we discover that "Troll 2" evolved from the worst movie to a cherished cult classic. Now running his own practice as a dentist, Hardy recollects gradually being recognised by his patients as "the guy from that movie". We follow him to numerous screenings and events with crowds of adoring fans. Hardy clearly revels in his new found stardom, perhaps getting a bit carried away with it. "Stephenson follows Hardy to conventions where only half a dozen people attend his panel. He films him standing at the “Troll 2” table at a horror exhibit, completely ignored. Hardy is reduced to drumming up business: “Have you heard of ‘Troll 2'? You haven't? You should see it! It's the worst movie of all time!” (Ebert. 2010). In this curiously emotional scene Hardy is clearly deflated when he realises cult fans can be often considered bizarre or eccentric. 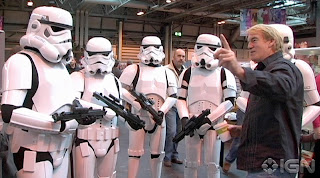 5) Hardy at conventions
"Troll 2" demonstrates that a bad movie can still find an audience. Through late night screenings on American TV and word of mouth, "Troll 2" found it's audience. It is a fascinating insight into the world of cult fans and how far the movie has spread; however "it never digs particularly deep in its examination of why this film, rather than untold others, has so fully captured the imaginations of so many bad movie lovers." (Scheck. 2010).
This is not to say it is not an enjoyable watch, "in its more amusing and accepting moments, Best Worst Movie captures the geek-joy fizz when fame morphs into notoriety, and artlessness becomes its own art." Stephenson shows skill behind the camera and has put together a well made documentary. Some scenes involving Stephenson and Hardy trying to re-assemble the entire cast for a screening seem unnecessary, almost mocking their former co-stars. Stephenson's tongue in cheek approach maybe over stepping the line. However it is amusing to see deluded Fragasso's response to the fan's and actors some 20 years after he made the film. Perhaps the funniest moment is the news that he and his wife are working on a script for "Troll 2: Part 2."