I have a new essay brief, which is as follows:

I knew straight away which film I was going to choose and since we are watching the original I thought I would go with........... 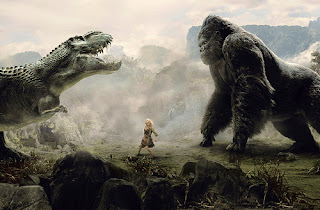 ...... it is, of course, Peter Jackson's King Kong! I chose this film for obvious reasons involving the creation of "Skull Island" and the overlooked "other" World they created, 1930's New York.

I can't wait to "analyse" the production of these two worlds! Already gathering my source material from the library.
Posted by Paul Lavey at 18:15