I've been working on some digital paintings of my uncanny gallery. The first concept is based on my initial idea to exhibit three separate uncanny objects. My tutor pointed out that two of the three could come across as interesting science exhibits apposed to unsettling uncanny art installations. I've made the skin with extending hairs less of a cross section and lost the petri dish containing the super sized cell and to try and rectify this.

For this concept I have dropped two of the exhibits in favour of the disembodied belly idea.  I replaced the male hairy belly with a representation of a female stomach that could be pregnant. This is then surrounded with by other smaller "masses" that could be interpreted as offspring. Alternatively I could have two central parent masses surrounded by their offspring with various different traits, i.e. skin folds and wrinkles, blemishes, veins, hair etc. 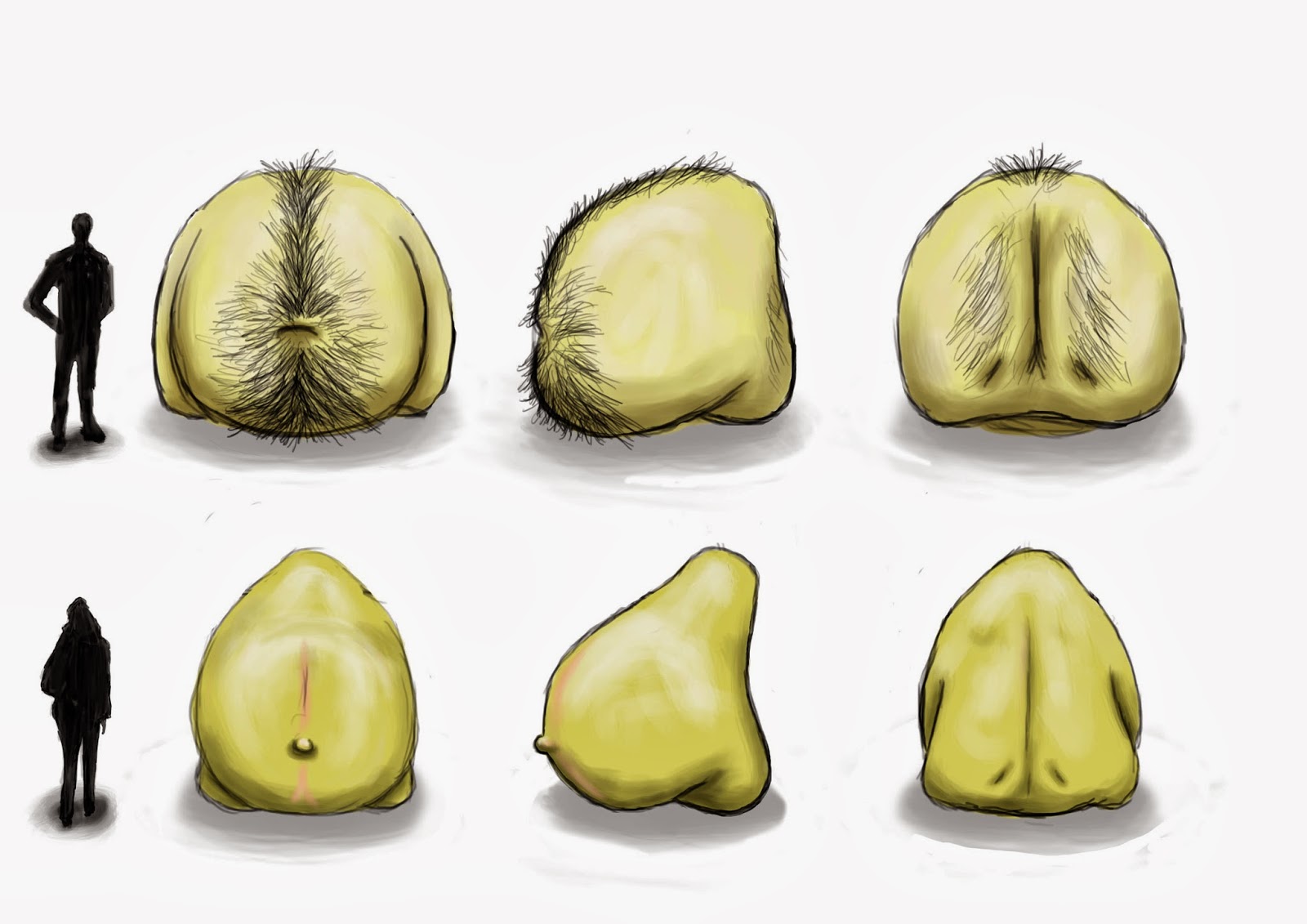 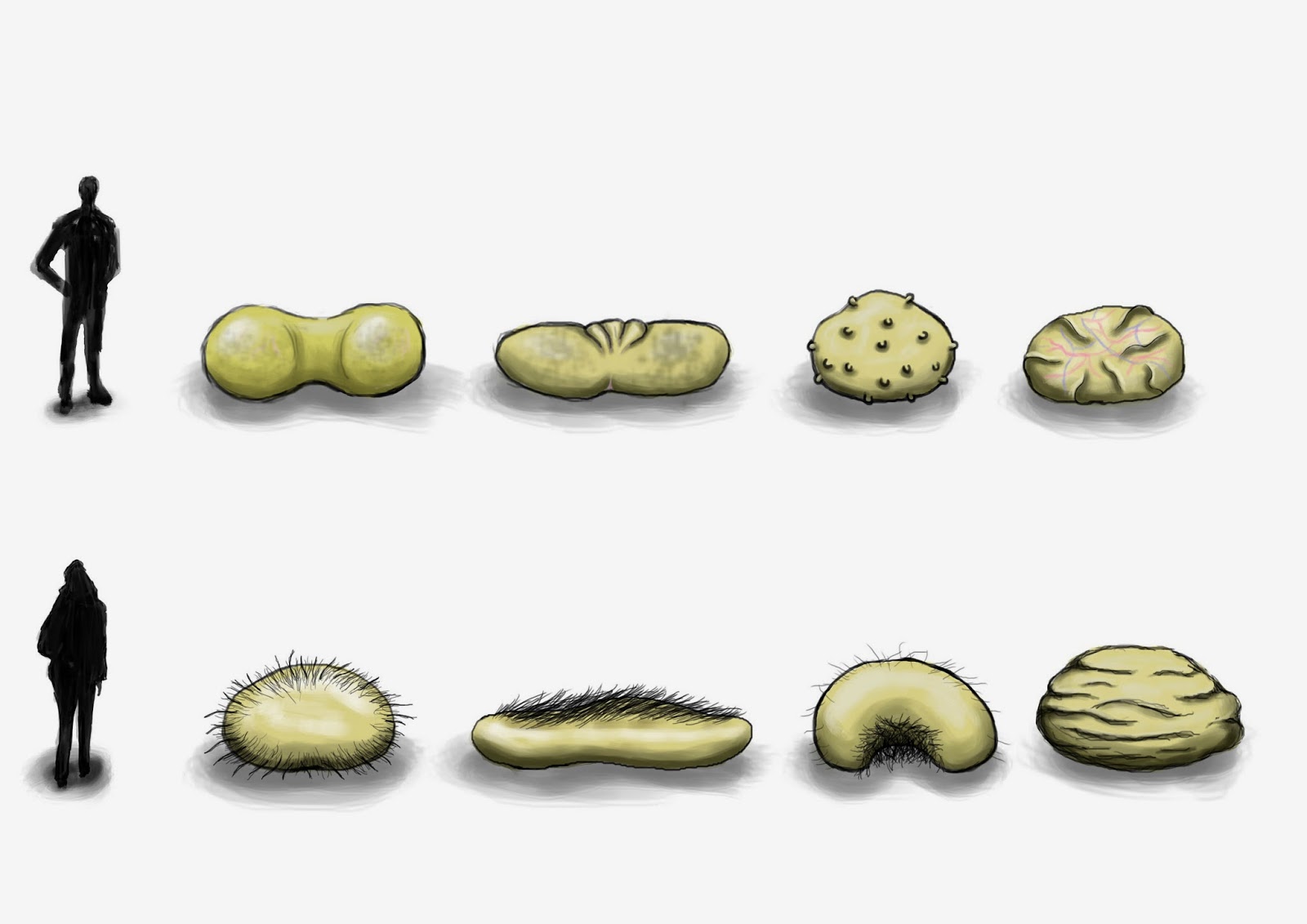