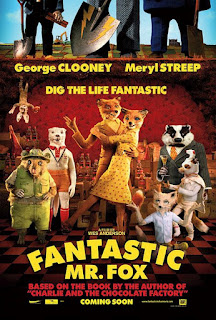 Plot summary / review:
Director Wes Anderson looked to be a promising movie maker after his 2001 release The Royal Tenenbaums. His stylised visuals and dry sense of humour appealed to devoted young movie-goers, however it can be argued his subsequent films "showed worrying signs of fatigue". Sukhdev Sandu of the guardian analyses stating "charm had given way to arch whimsy; the inventiveness of old had curdled into mannerism and melancholia." (Sandhu, 2009). Knowledgeable movie lovers were worried when it emerged that Anderson was adapting Roald Dahl's beloved 1970's book Fantastic Mr. Fox into a feature animation. Ali Catterall of Film4 slates the film in her review asking "how much longer are we expected to stand impotently by while Hollywood arrogantly Americanises our every British children's icon?" (Catteral. 2009).

Anderson does semi-Americanise the British Story. He resorts to the old Hollywood cliché of making all the good guys Americans; and all the bad guys the Brits. However, he takes the story in an exciting new direction and is backed by a stellar voice cast, from both sides of the pond. George Clooney is on form as the cunning, (supposedly retired) chicken thief Mr. Fox. Meryl Streep plays the upright Mrs Fox from who he keeps his dinner plans a secret. Nonetheless, Mr Fox endangers his family by battling with the three farmers Boggis, Bunce and Bean played by Michael Gambon. 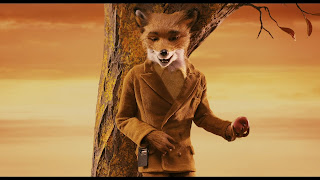 Fantastic Mr. Fox's story does bare similar themes to Anderson's previous works. It has a dysfunctional family many of who display social anxiety's. But he wraps these themes up in a deliciously rendered world. Roger Ebert describes it as "an animated picture with nothing in common with traditional animation, except that it's largely in one of the oldest animation styles of all -- stop motion, the one used in "King Kong." The animals aren't smaller than people but often larger, and more mature." (Ebert. 2009). The retro-tinged animation lends to the 1970's feel appealing to young and old audiences familiar with Dahl's work. Peter Bradshaw of the Guardian compares the visual style with that of pioneering animators and artists. He observes "it's like something by Oliver Postgate or Jan Svankmajer, and some might detect a trace of affectation in this olde-worlde effect, but I found it utterly beguiling and entirely consistent with Anderson's quirky homespun aesthetic, his snappily offbeat dialogue and distinctive proscenium-style framing. In its cheerful anarchy and brutality it's very Dahlian – in spirit, anyway." (Bradshaw. 2009) 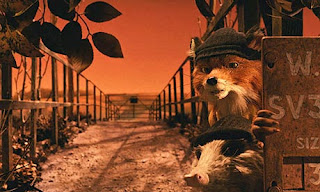 Mature viewers will recognize the painstaking hours endured by the animators to achieve Anderson's look. Younger audiences will marvel at its magic. "Only an idiot would expect profound insights. What we do get, though, is a dazzlingly imaginative and poetically inflected comic caper that offers the tantalizing possibility that Anderson’s best work, far from being a distant memory, is still to come."  (Sandhu, 2009).