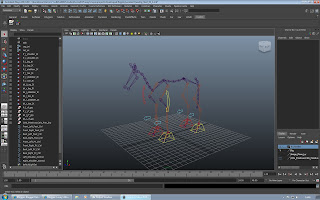 The Tree of Life: Review 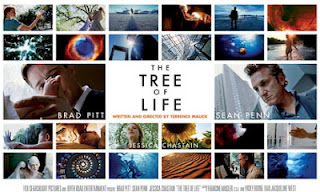 Plot summary / review
Terrence Malick is a notoriously recluse director with a reputation for experimenting with his films during post production. He achieved critical success with his first feature "Badlands" (1973), going on to direct "Day's of Heaven" (1978). Malick spent two years in post production on Day's of Heaven, exploring different editing and voice over techniques. After it's release, he disappeared from the public eye to work on numerous screenplays and a script, titled Q. He returned to the directors chair twenty years later to create his war epic "The Thin Red Line" (1998) and later "The New World" (2005). Q would eventually manifest itself as "The Tree of Life" (2011).

On its surface, "TTOL" is a postwar, coming-of age story following the O'Brien family in 1950's South America. Brad Pitt demonstrates his diversity as Mr. O'Brien, a loving but overbearing father to his three sons. Having failed to achieve his dream of becoming a musician, he bitterly tells his children "it takes fierce will to get ahead in this world". 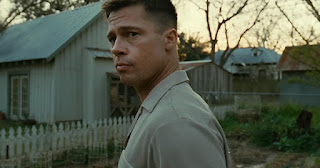 In contrast, Jessica Chastain wonderfully embodies motherly love as Mrs. O'Brien, often the children's refuge when their fathers temper gets the better of him. The film proposes there are "two ways through life, the way of nature and the way of grace". It can be argued that these two paths are represented by Pitt and Chastain. Mr. O'Brien's nature is striving to achieve riches and respect, finding "reasons to be unhappy when all the world is shining". Mrs. O'Brien is graceful, "accepting insults and injuries", believing love is the key to happiness. In a whispering voice over she asks her children to favour the grace of God. 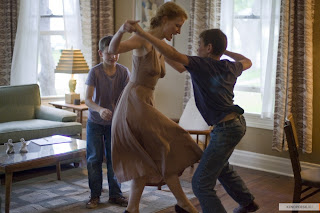 At the centre of this complex but recognizable family is the eldest son Jack. We accompany him on his life journey from birth, through his mischievous pre-teen years (played by Hunter McCracken); to his contemplative adulthood (played by Sean Penn). We witness the loss of childhood innocence and the struggle with his parents conflicting philosophies. As a boy, Jack speaks directly to God asking "where are you?". In adult life, now an architect, surrounded by tall buildings made of glass and steel, he challenges God, questioning his life and existence  Which path does he choose, the way of grace or nature? As he reminisces over his childhood, we discover an event that starts the drama, one of his brothers died whilst on duty at the age of 19. 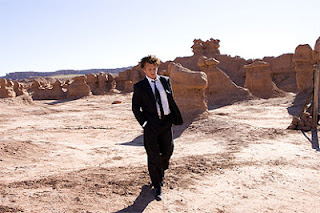 Malick's unconventional narrative and plot is fractured over multiple timelines. We float back and forth through the life of the O'Brien family, like memories randomly manifesting themselves. The movie feels like a memory piece, with obvious comparisons to Malick's real life. He was raised in Texas, had two siblings, one tragically committing suicide at an early age. It's a nostalgic look back at 50's America, rendered exquisitely by production designer Jack Fisk and cinematographer Emmanuel Lubezski. 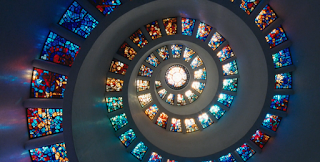 The Tree of Life is layered with philosophical questions and quasi-biblical images. Upon its release, critics and audiences were divided in opinion. The biggest discussion surrounds interspersing the O'Briens lives with imagery of the origins of the Universe and the creation of life on Earth. Kenneth Turan from the LA times states "the truth is, unless someone tells you that you are watching, for instance, what is supposed to be the formation of the universe or the day in the distant future when the sun becomes a white dwarf, there is no way to know exactly what you are seeing." (Turan. 2011). 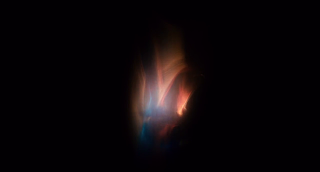 Regardless of the audiences prior knowledge of science or religious views, the computer generated imagery is a thought provoking experience and is breathtakingly realised. A.O Scott of the New York times writes "Its most provocative sequences envision the origin of the universe, the development of life on earth (including a few soulful dinosaurs) and then, more concisely and less literally, the end of time, when the dead of all the ages shall rise and walk around on a heavenly beach." (Scott. 2011). This is accompanied by a powerfully emotive soundtrack. (On the blu-ray edition of this feature a short message appears before the film starts. It says; "For optimal sound reproduction, the producers of this blu-ray recommend that you play it loud"). 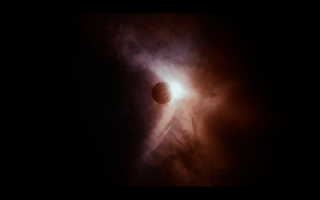 The Tree of Life is an emotional, deeply personal movie by one of the best directors in the business. It is praised by some for it's artistic / technical imagery and style, simultaneously criticised for the same reasons. Like his previous work, Malick experiments with non-linear narratives and philosophical voice overs to evoke emotion. He bravely explores some of the most persistent and profound questions, asking "Is this the only message of the universe – pure survival? But then how is it we want something other than survival? What do we want to survive for? And Malick appears, through sheer crazy excess, to bring his movie closer to the ultimate question: why does anything exist at all?" (Bradshaw. 2011).